Imagine a detection system that can prevent underground water leakage, a turbine that could harness hurricane-strength wind power in urban spaces, a technology that captures carbon from the home, or a sustainable train that doesn’t use a diesel engine or a heavy electric motor.

These inventions were designed by four children aged 12-14. They are among the top 10 finalists for the 3M and Discovery Education’s Young Scientist Challenge, which inspires children in grades 5-8 to create innovations “that solve global issues and improve lives”.

Finalists are selected for “their passion for science, spirit of innovation and ingenuity, and effective communication skills”. They will receive $1,000 and work with a 3M mentor to transform their idea from concept to prototype. 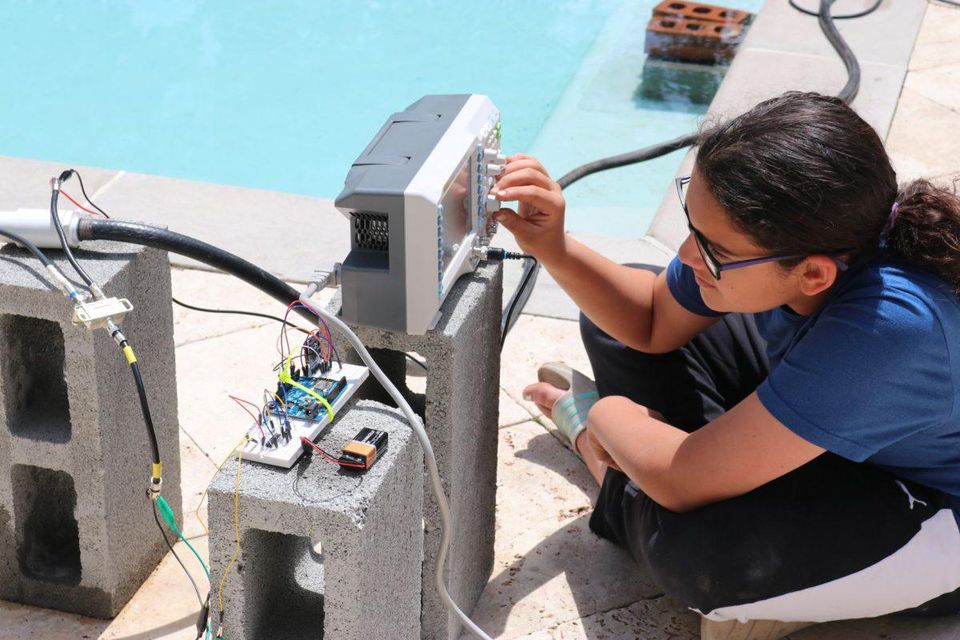 Camellia Sharma, who designed a system to prevent underground water leakage, wants to be a mechanical or electrical engineer. Moved by her passion for  the environment, she explored the world’s shortage of clean water and discovered that not enough attention was given to aging water distribution systems. “our most precious natural resource”, she said.

“The structural and hydraulic integrity of the pipelines degrades over time,” she explains. “Annually, 50 billion cubic meters of water is lost worldwide through leaky pipes.” Eight billion of those are in the US, she adds, but the problem is most severe in developing countries with low rainfall.

The estimated cost of this water loss is $14.6 billion – but the impact on human suffering and the environment, she says, is “incalculable”.

For her invention, Camellia searched multiple technologies applied in other industries to find ways to improve current detection methods that look for erosion from leaking pipes or use hydrophones to listen for leaking water.

From these, she developed an affordable two-fold solution: sending electrical impulses through a metal pipe and analysing their reflections to find the site of the leak, and measuring the soil’s impedance to detect pooled water leakages.

To test them, she buried a 30-meter long closed-loop hydraulic circuit in her back yard to replicate a community water distribution system, and built a pulse generator with a Schmitt trigger inverter “and a bunch of 220-ohm resistors”, drawing from information on the Internet. 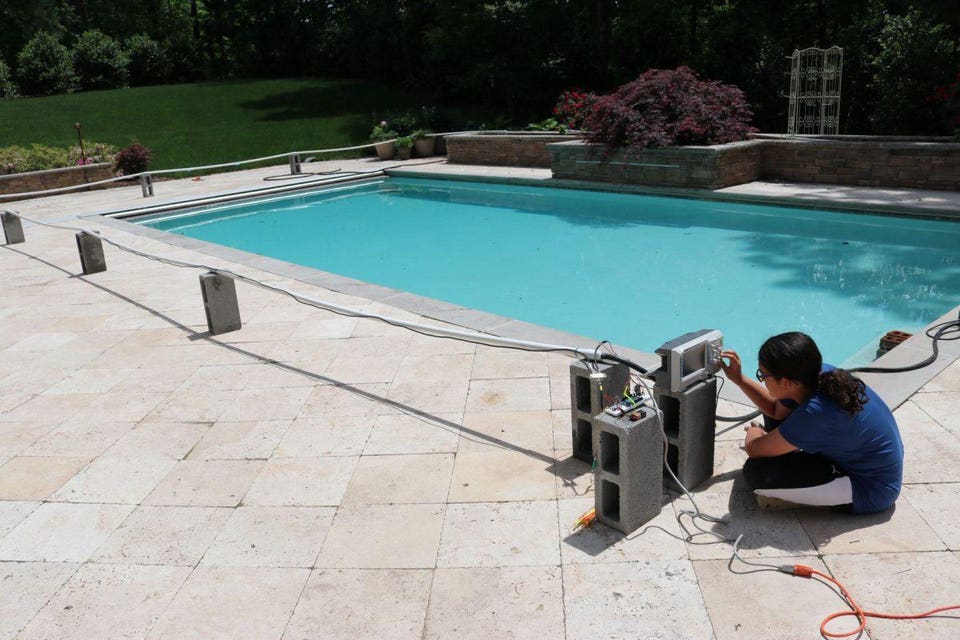 Jordan Prawira’s mission is “to make alternative energy no longer alternative”. Living near the Altamont Pass wind farm, which is “very windy”, inspired him to develop more efficient turbines, a project he has worked on for three years. The concept draws from the phenomenon of wind spiralling.

“While studying meteorology for Science Olympiad, I was intrigued by hurricane formation concepts,” he says. They have a naturally occurring spiral created by the “Coriolois effect deflection”. The winds move from high to low pressure, generating high speeds that spiral towards the eye in a logarithmic shape.

Jordan, who loves solving problems and wants to be a software engineer, used the inverse of this concept to capture more wind and generate more power. He created it in seven stages before settling on four final models.

“The turbine generates power when the wind hits the surface of the blade by turning the wind’s kinetic energy into electrical energy,” he explains. 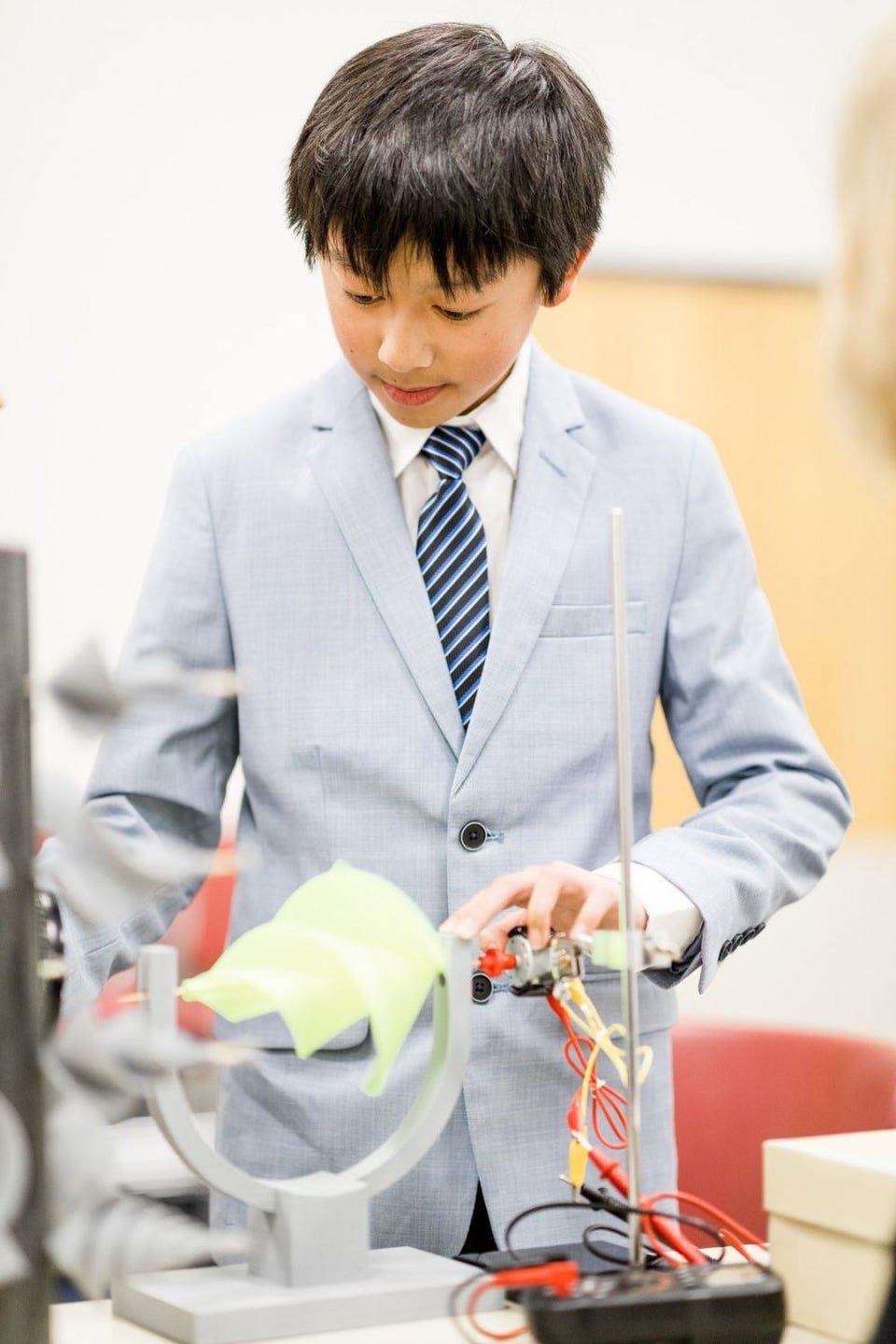 He hopes the invention could one day be installed in urban areas “to power homes and streetlights with clean, renewable energy” without the need for large open spaces and enormous turbines.aging water distribution systems. 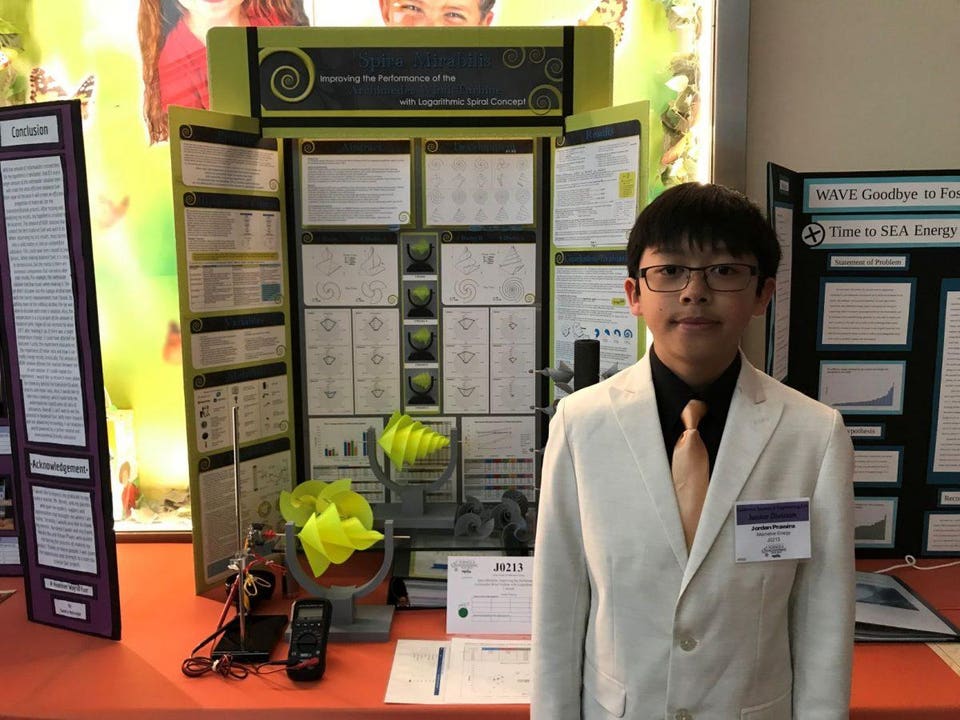 Jordan with his invention.

Nishant Lahiri was motivated by news about global warming and the urgent need for everyone to get involved in addressing it.

“I think it is important for communities to get involved,” he says, “just like everyday households participate in recycling.”

Current carbon capture methods need energy. Nishant’s solution, he explains, absorbs CO2 from ambient conditions in the home without using electricity, and transports it with a reusable screen to a processing facility that turns the CO2 into a rock-based slurry. This can be economically pumped underground at a large scale and converted into rock. 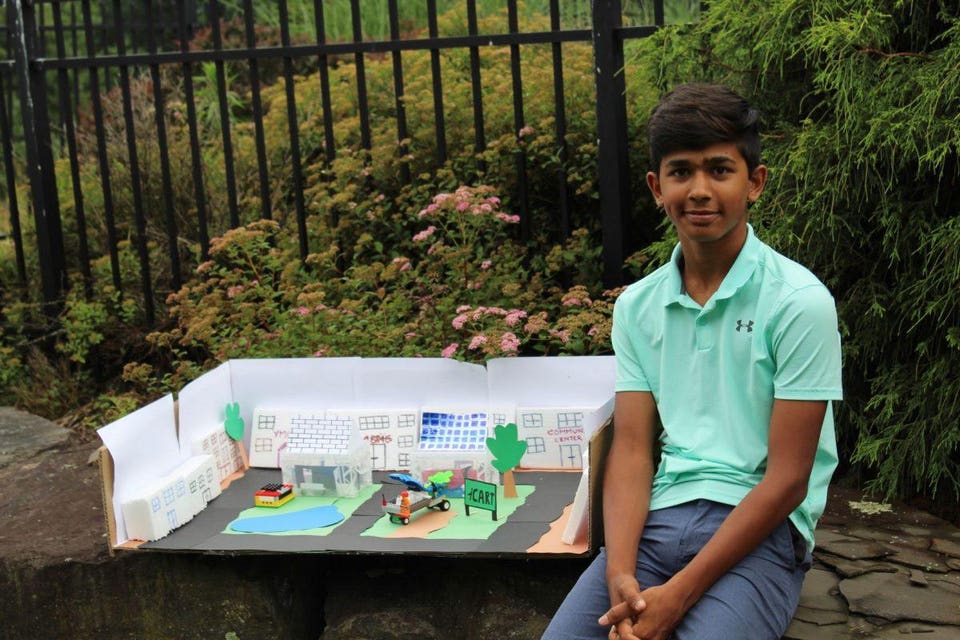 “Our ecosystem is in great danger due to our actions, so it is up to us to fix it. iCART will help common people get involved and take responsibility for their own carbon footprint.”

Caroline Crouchley, whose family commutes long hours by train every day, says she became interested in transport when learning about railroad safety in pre-school and wondered why third rail technology is dangerous for people to go near.

More recently, her community was disrupted by a four-year $2 billion Island Railroad Expansion Project designed to reduce the number of cars on the road and improve efficiency.

“This community upset made me think about problems associated with trains and the importance of modernizing transportation around the world to combat the devastating effects of global warming,” she says. 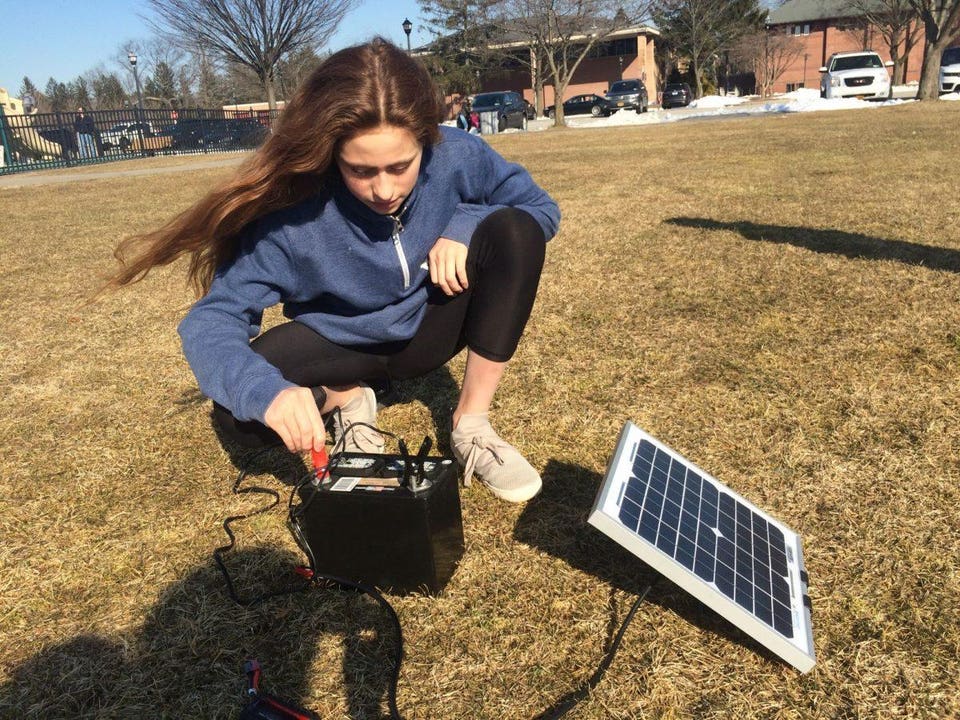 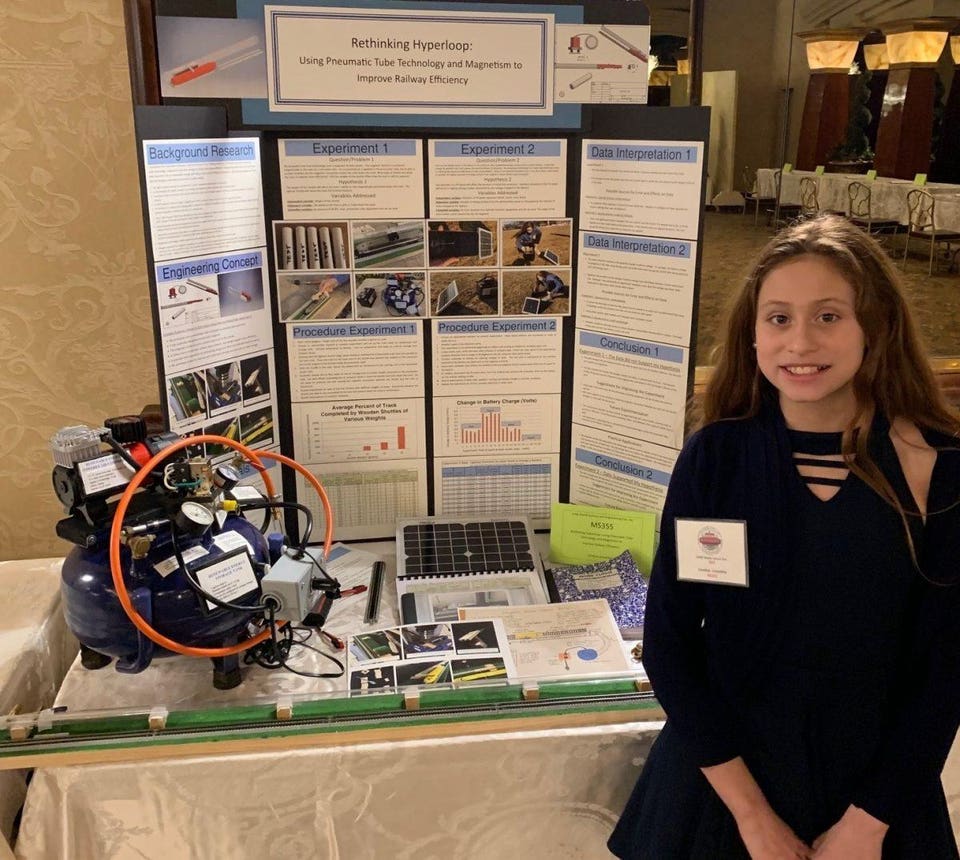 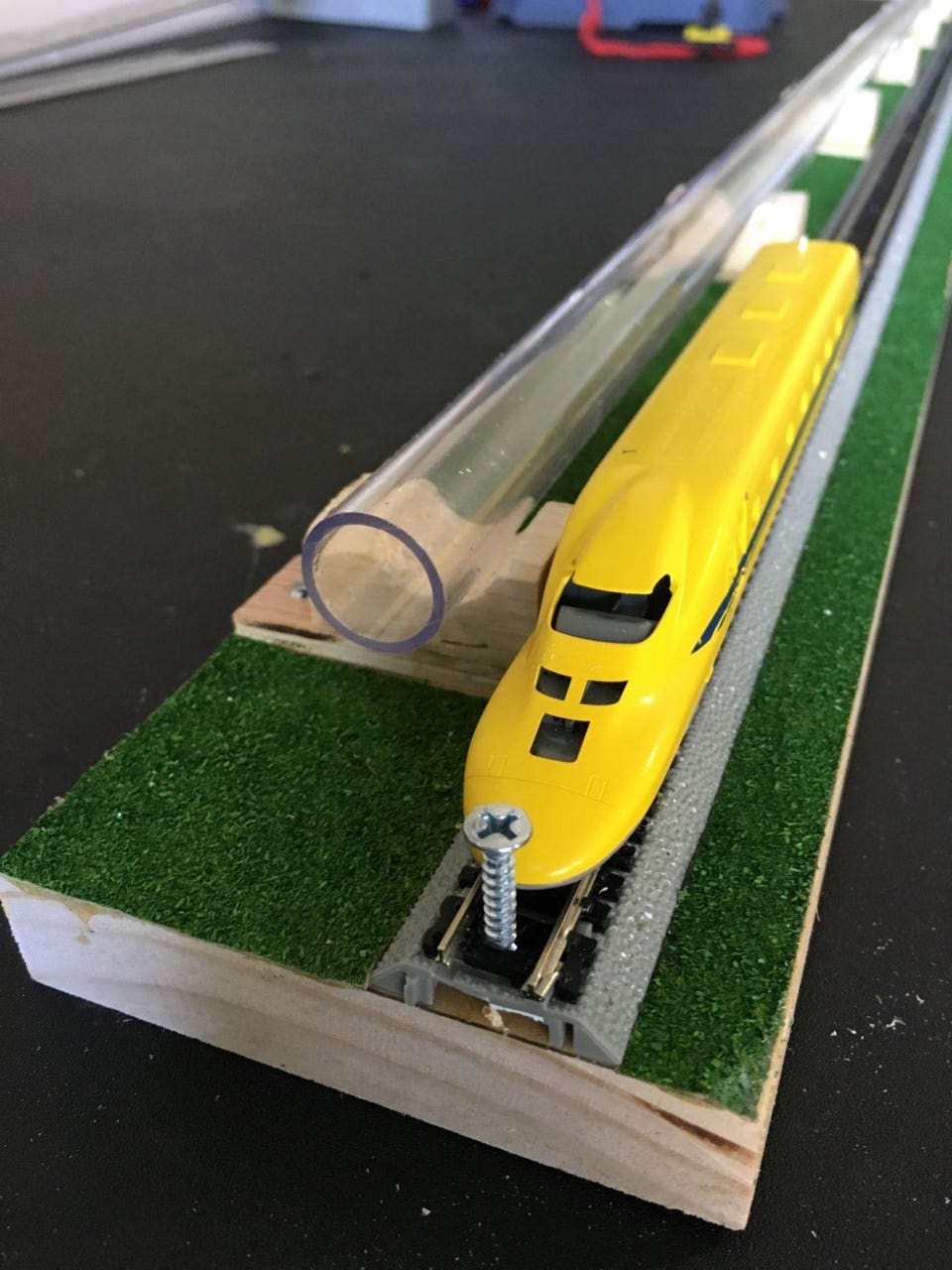 “I feel a sense of responsibility to undo the damage that has been created for the next generation. Ideas to design our world are limitless so why don’t we design a world that is beautiful and sustainable for 100% of the world’s population.”